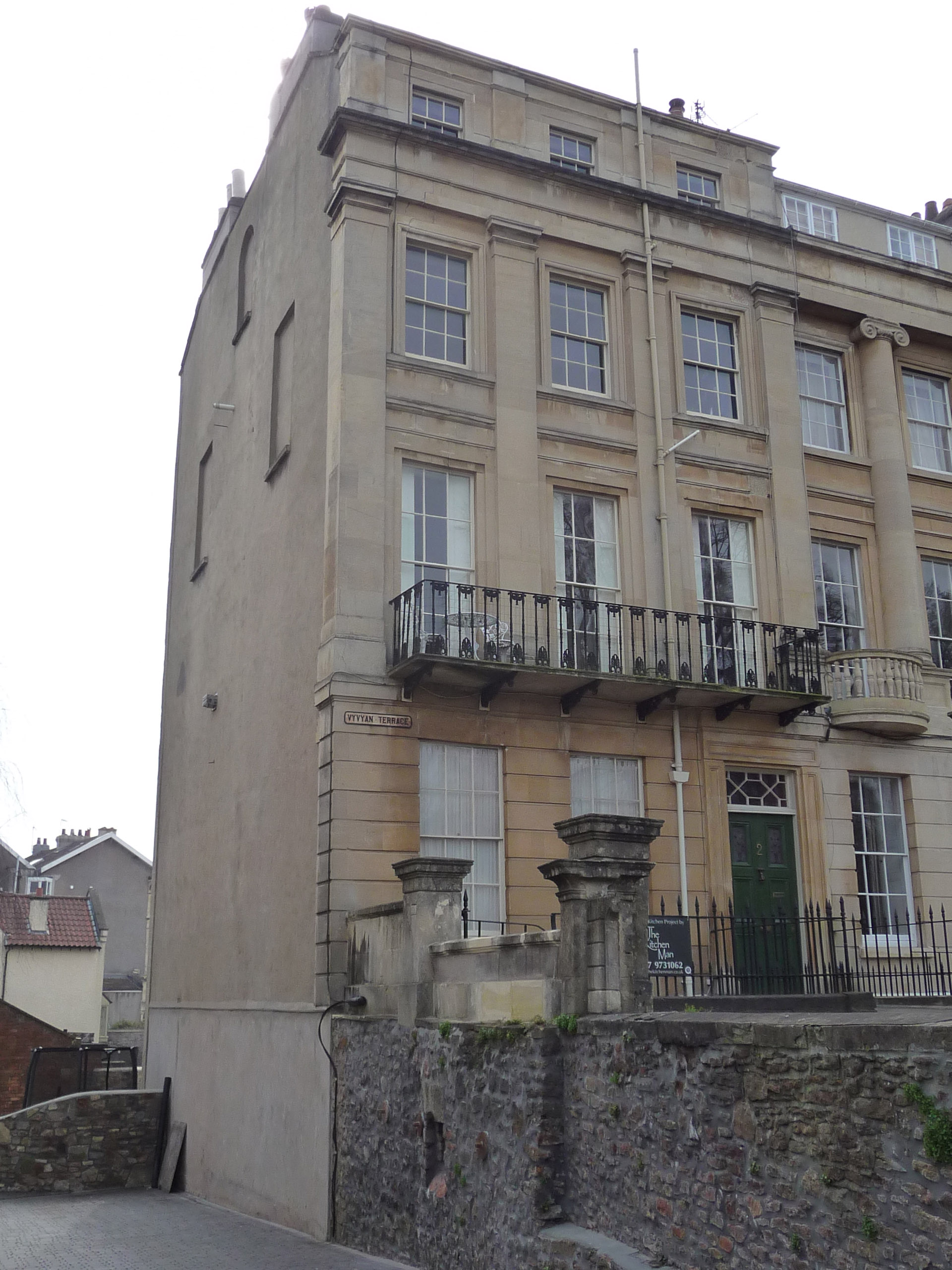 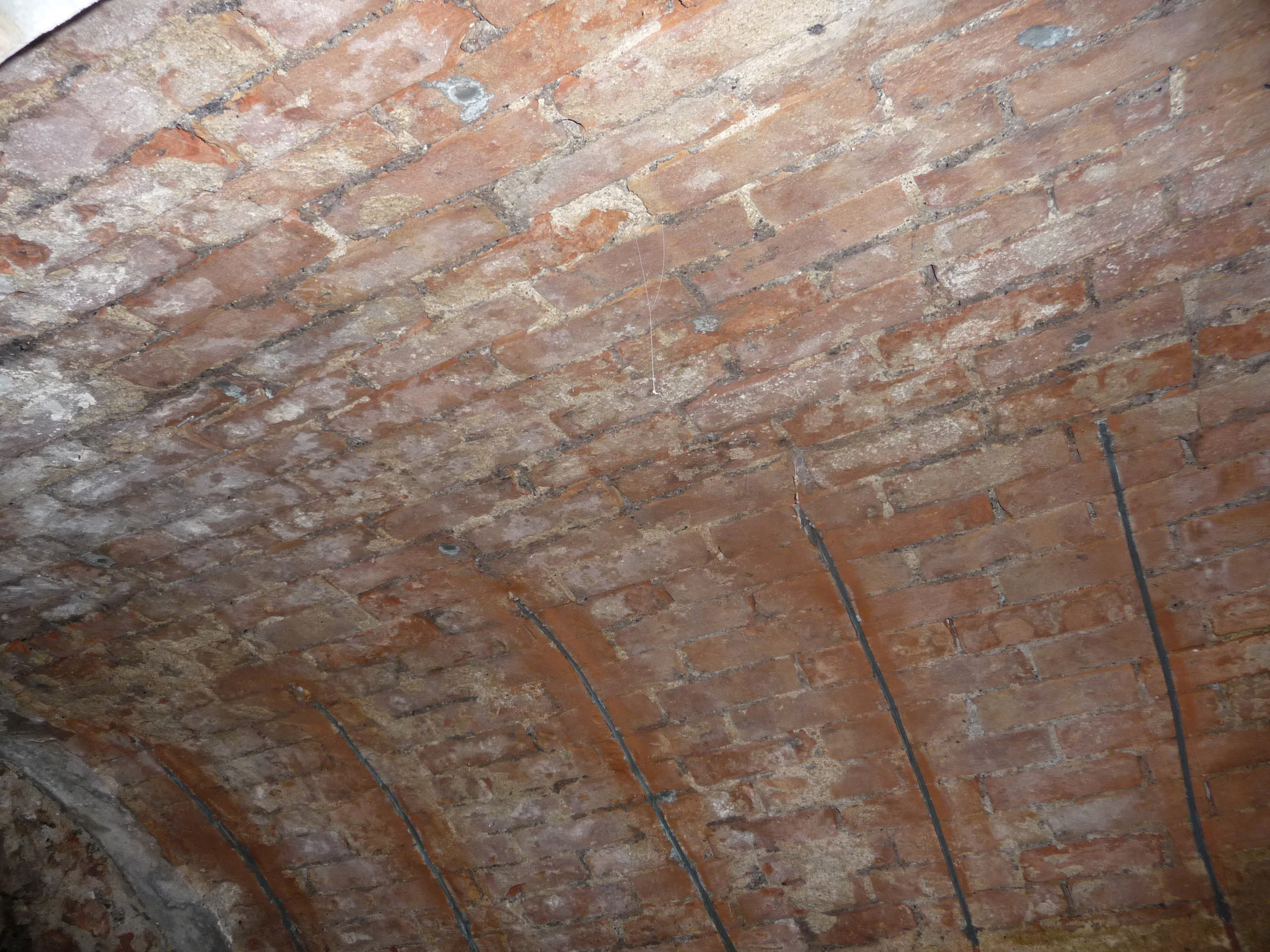 The basement cellar of an end of terrace Georgian property in Bristol was being converted into two additional dwelling rooms as part of a larger conversion. While this cellar was below the street level at the front of the property, the adjacent site was at a lower level and a high retaining wall formed the side of the basement cellar. Lateral movement of this wall had resulted in cracking and deformation of the brickwork vaults in the two cellar rooms and required stabilising. Repair specialist, Helifix Ltd, was able to restore structural integrity and also avoid any expensive reconstruction of the vaults. 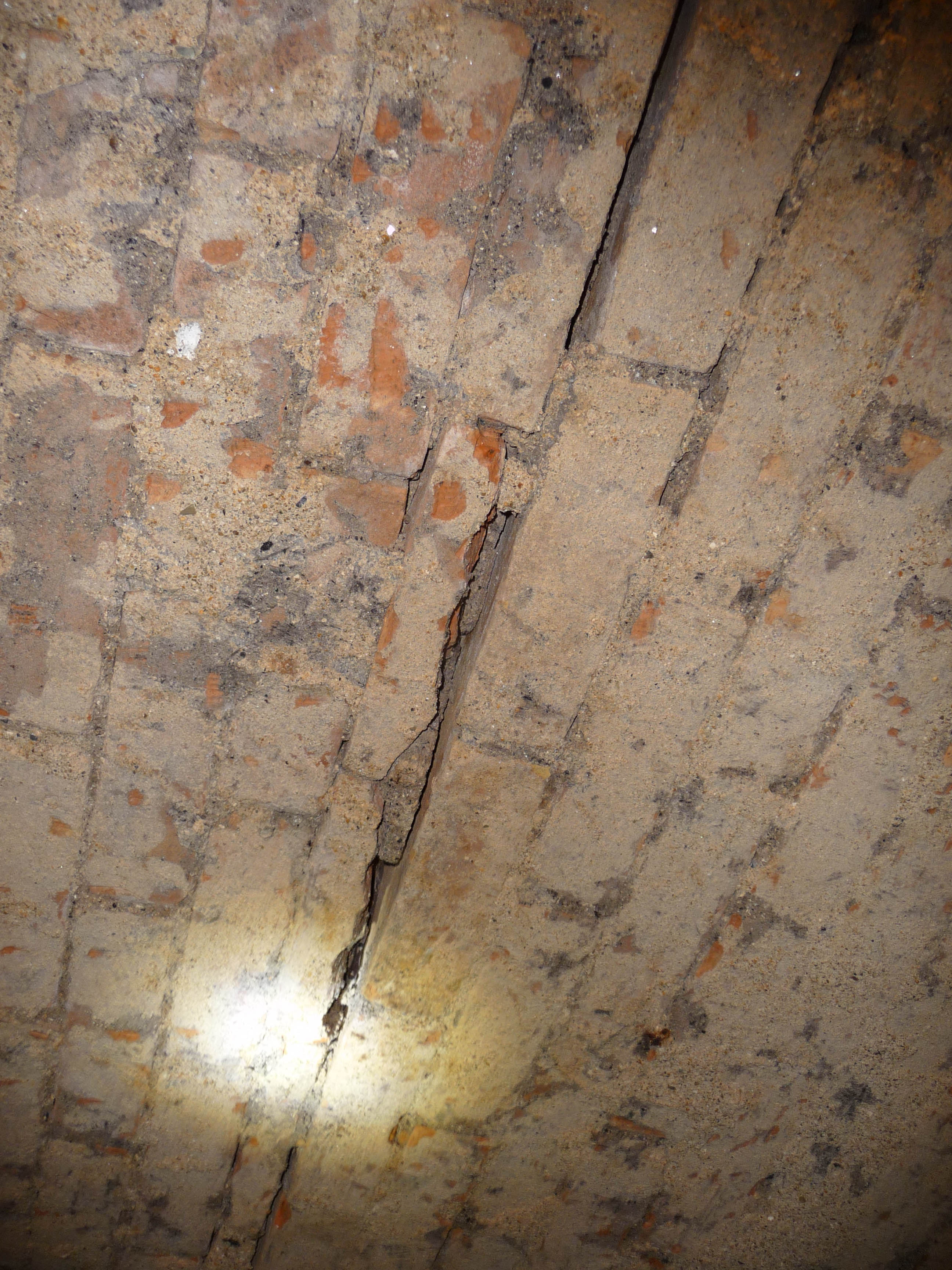 The lateral movement in the retaining wall had caused a loss of buttress support for the barrel vaults in the cellar rooms causing them to separate at their crowns, along the vault centre lines, and allowing the vaults to relax downward. A repair scheme was need that would secure the vaults without any rebuilding as this would have necessitated closure of the pavement for health and safety reasons. 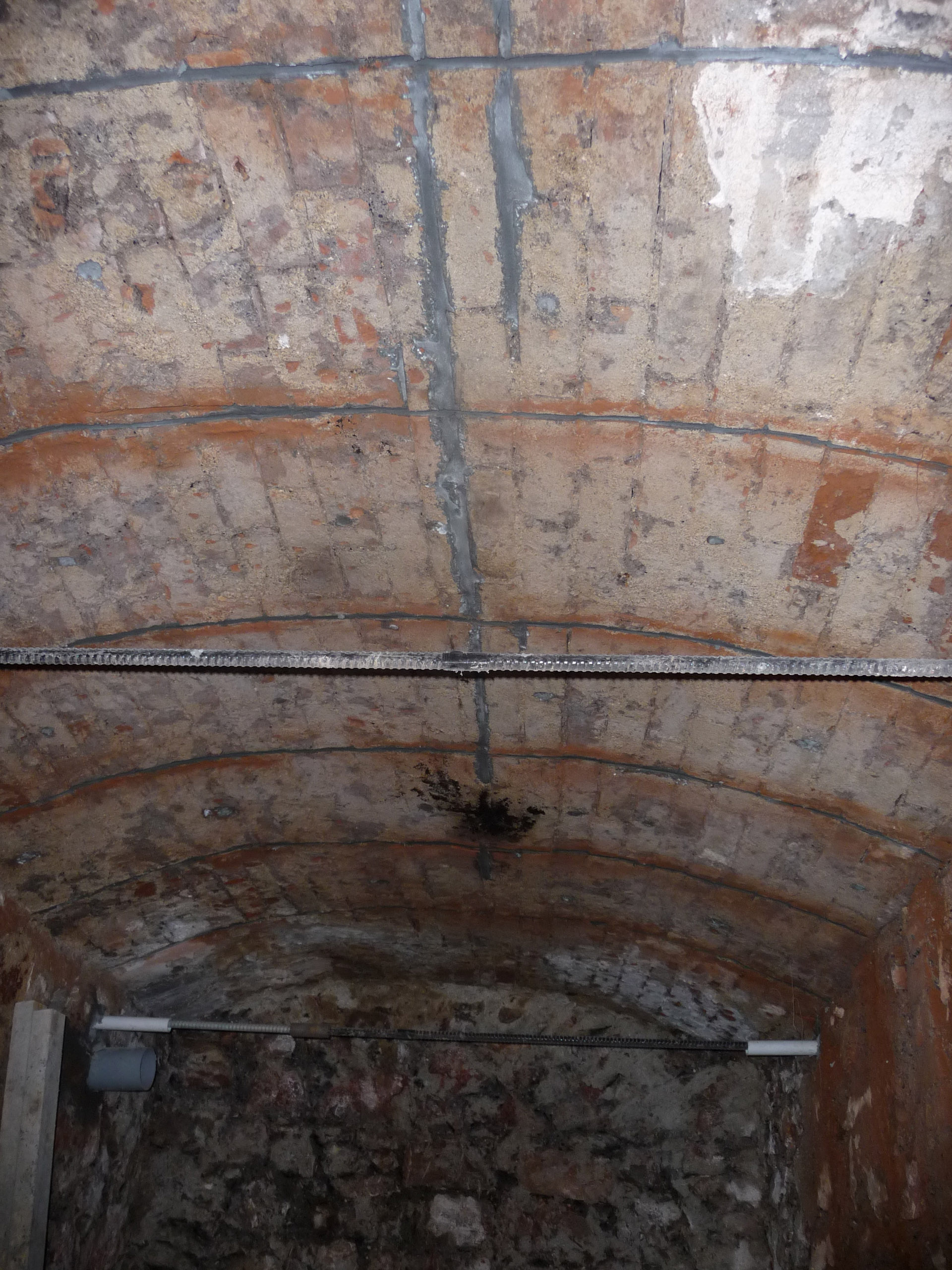 Helifix designed a repair, undertaken by Helifix Approved Installer, TRAC Structural Ltd, to reinstate the integrity of the barrel vaults and prevent further structural movement. Stainless steel HeliBars were bonded into the underside of the brickwork to reinforce the vault and re-connect the separated crowns. Fully grouted CemTies were then installed vertically into the vault soffit to reconnect the separated rings and stabilise the areas that had suffered downward movement. 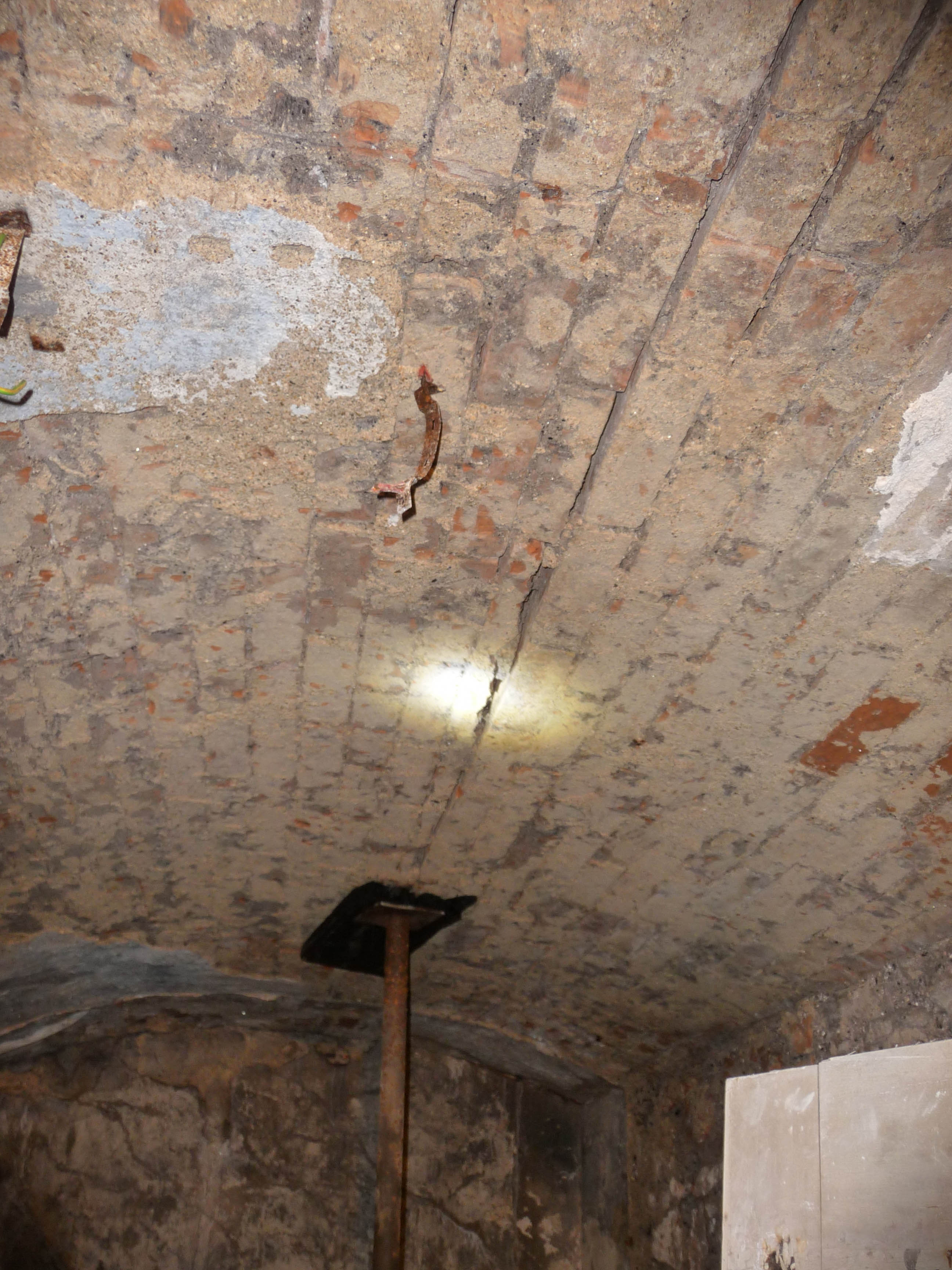 To complete the stabilisation, TRAC carried out a separate scheme, designed by a consulting engineer to restrain and stabilise the retaining wall using traditional tie bars and external pattress plates. The rapid, non-disruptive Helifix repairs cost-effectively stabilised the cellar vaults and enabled its conversion into an additional living area.