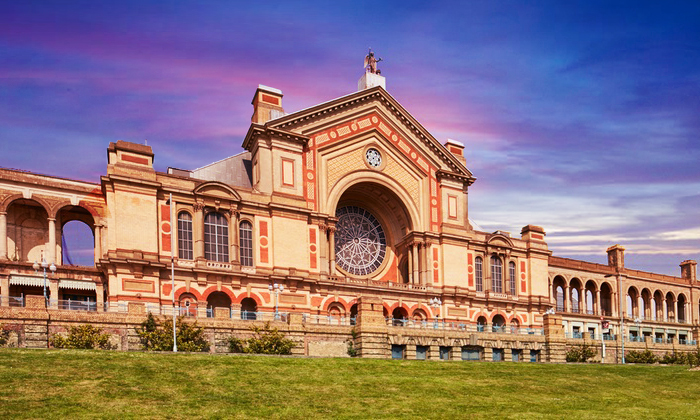 The world famous Alexandra Palace in North London opened in 1873, but burnt down 16 days later before reopening in 1875. It has seen many recreational and entertainment uses, housed the world’s first regular public “high-definition” television service operated by the BBC in 1936 and is now a venue for exhibitions, music concerts and conferences.

Various areas had fallen into disuse and several plans for its redevelopment have been considered. In 1996 it was granted Grade II listed status and in 2015 received major lottery funding for refurbishment and restoration to safeguard the building’s historic areas.

Part of this work involved strengthening a 2.3m wide arch window on the north-west tower and two adjacent minor arches, making it 5.3m overall. Historic movement had affected the support piers and caused the compression in the arches to be lost, allowing them to relax and move slightly.

Previous remedial work to support the three arches consisted of an unattractive brick infill supported on steel beams, which had been built into the piers between the arches at the springing point of each arch. Over time the steel beams had rusted, causing further damage to the brickwork, and the unsightly remedial work was not in keeping with the historic appearance of the structure.

A fully engineered design was needed that would tie the three arches together as a permanent solution, addressing both structural and aesthetic requirements, enable the added brick and steelwork to be removed and allowing the original window opening to be reinstated.

Helifix in-house engineers, together with the Approved Installer, Charterbuild, devised a cost-effective repair scheme that would restore integrity to the arches and took into account the existing scaffolding at the arch face and the restricted access.

â— To cope with the loads Helibeams were created from the existing brickwork above the arches, both internally and externally. Two lots of triple and two lots of double HeliBars were bonded into specified mortar beds with HeliBond cementitious grout. These reinforced the masonry, created deep masonry beams and spread the structural loads.

â— Fully grouted CemTies were installed into clearance holes drilled up through the arches’ voussoirs to secure them to the masonry and support the 45o lintel load directly above the arch. Once the HeliBars and CemTies had all been installed the infill brickwork and steel beam could be removed.

â— To prevent any future lateral spread of the arches, a pair of 7m long SockFix tie rods were installed through all three arches and into the abutting walls beyond the smaller arches. The arch configuration presented some technical challenges both for drilling the necessary core-holes and the subsequent installation of the anchors. A special drilling mast was used to drill the 52mm diameter holes through the curved underside of the main arch, the intermediate piers and into the 700mm thick brickwork adjacent to the smaller arches.

Careful alignment was required to ensure that, when installed, the tie-bars were parallel with one another, horizontal and in line with the window transoms. In this way, they would seamlessly integrate with the architectural lines of the building and be virtually hidden when viewed from ground level.

The special SockFix tie-bars were manufactured in sections to enable installation and then connected using tension couplers before the socks were pumped full of grout to provide a strong mechanical bond with the brickwork.

Once the specialist repairs were completed, the historic arches were reinstated, the original window frames were retained and the tower’s aesthetics and existing materials were preserved.